For 1000s of years, farmers had one primary option for ridding their farm of weeds before the growing season — tillage. Turning over the soil would pull the weeds completely out of the ground and create a fresh, weed-free field for a farmer to plant their crop. However, this would also expose rich, moisture filled topsoil to the air, which would dry out and become extremely susceptible to soil erosion.

For many farmers, this system radically changed in the 1990s. Innovators introduced herbicide tolerant crops that allowed them to control their weeds without tillage,  revolutionizing maize, soybean, canola and cotton farming. Farmers could now plant their crop in an un-tilled field, which significantly reduced erosion and increased soil moisture — resulting in healthier, heartier harvests. However, creating the crops that enabled no-till was not easy. In fact, creating an herbicide tolerant biotech crop today takes 13 years and over $130 million! 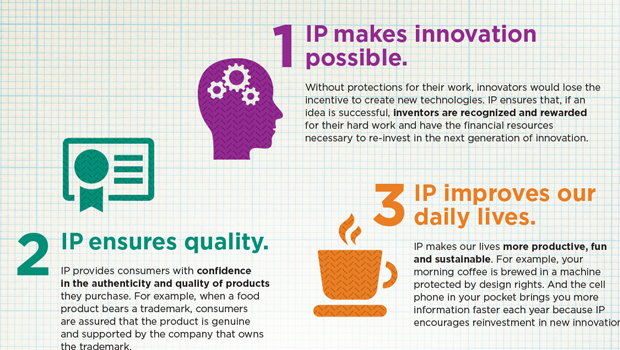 Intellectual property (IP) is one of the key drivers of our world. It enhances our lives, grows our economies and sustains our world by ensuring new, high-quality innovations…